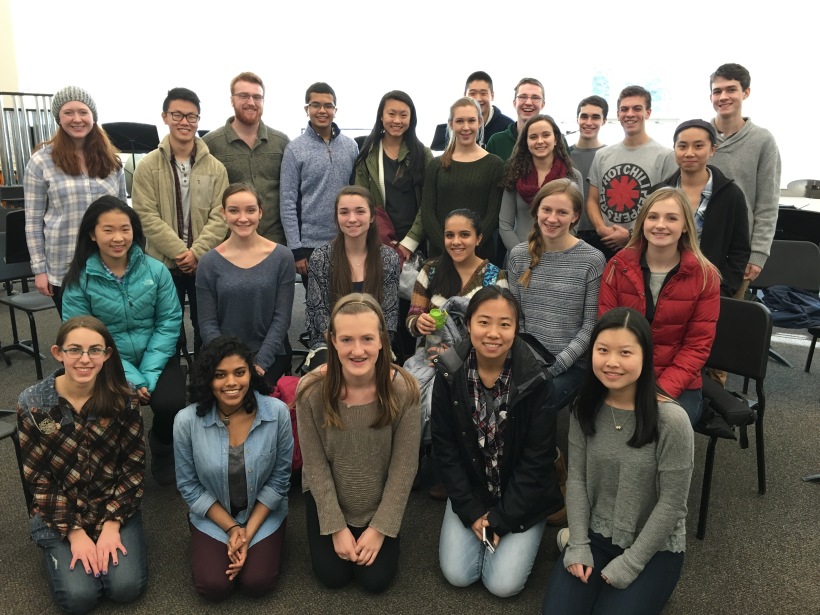 Algonquin musicians have spent over twelve hours this week rehearsing after-school in preparation for the Central District Honors Concert being held at Mechanics Hall on Saturday, January 16th at 4pm. Students rehearsed with other area musicians on some incredibly challenging and mature repertoire.

The Orchestra will be performing Saint-Saens’ Danse Macabre and Smetana’s The Moldau. 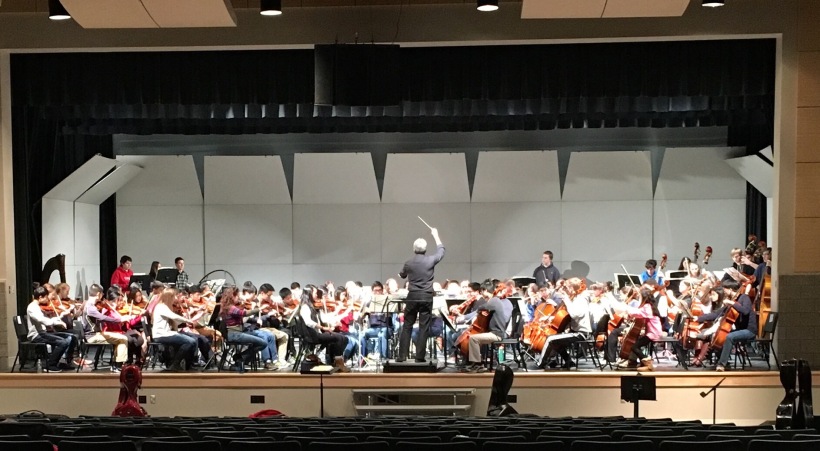 The Concert Band will perform Portrait of Freedom by Steven Reineke, Yosemite Autumn by Mark Camphouse and Resplendent Glory by Rossano Galante. 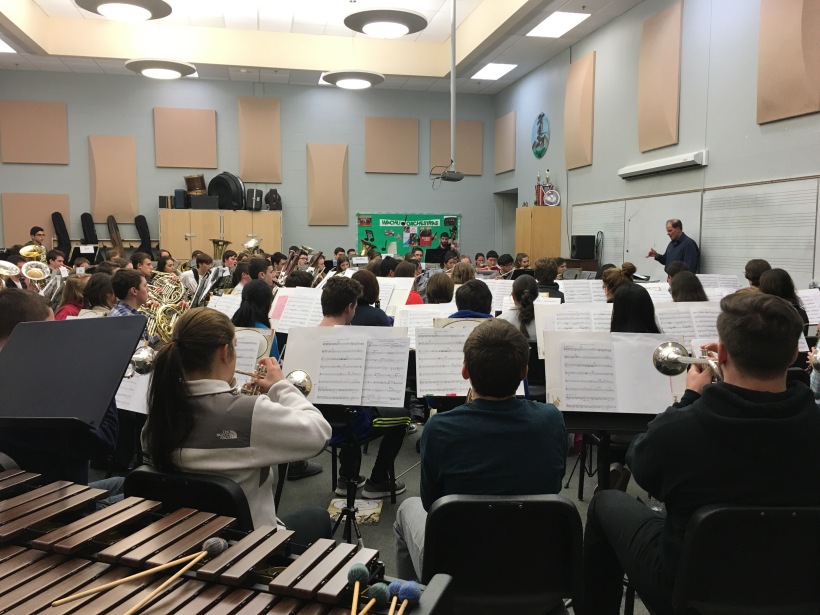 The Jazz Band will perform Chrysalis by Tom Davis, No Nonsense by John Fedchock, Cerulean Sky by Fred Strum, and Among The Pyramids by Fred Stride.

The Chorus will perform Exultate Deo by Robin J. King, Verleih uns Frieden by Mendelssohn, The King Shall Rejoice by Handel, And So It Goes arranged by Bob Chilcott, and I Can Tell the World by Moses Hogan.